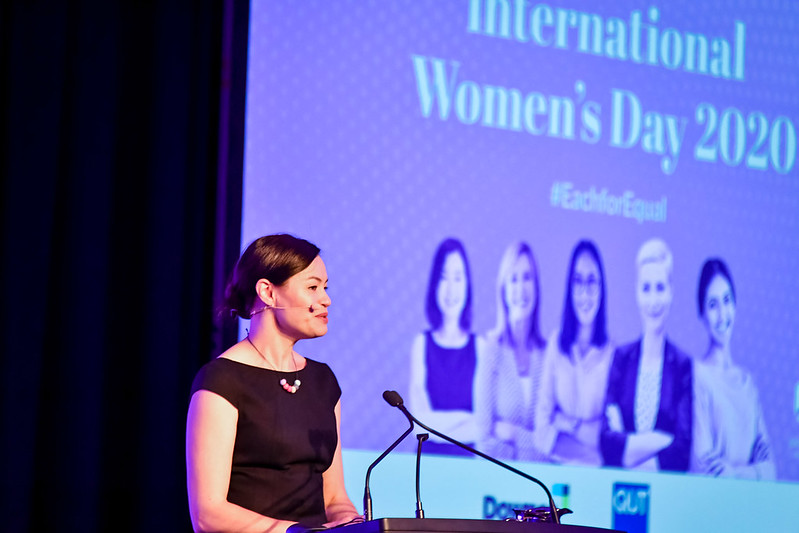 In 2020 the International Women’s Day series was held in four states;

“Visibly supporting my female colleagues in an important and worthwhile issue.” 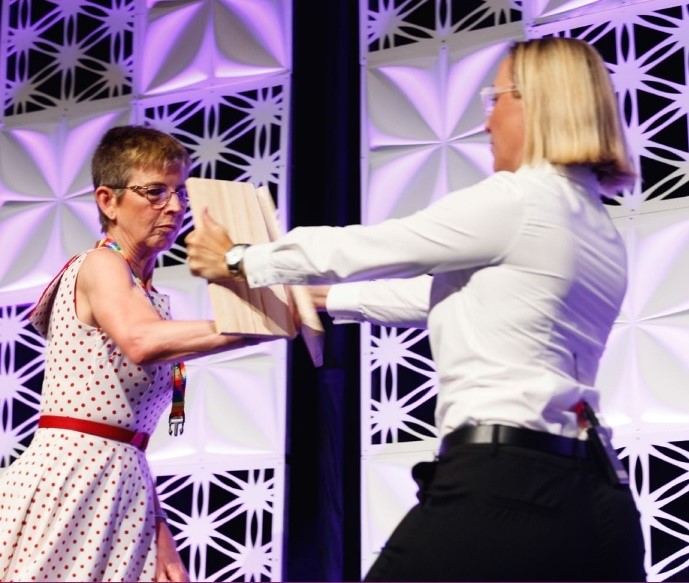 In 2020 our keynote speaker was Nadine Champion, Martial Artist and Author. Nadine was engaging and well received by our audiences.

Dedicating thirty years of her life to studying martial arts and strengthening the mind, Nadine is a thought leader on courage, inner strength and resilience.

Her closing speech for TEDx Sydney is regarded as one of the most memorable of all time, with a packed audience rising to their feet in unison to applaud.

“Overall the best IWD event I've been to in some time.  Inspiring and thought provoking panel and speakers.” In 2019 the International Women’s Day series added an extra state to the roadshow.

In 2019 the events were held in four states; 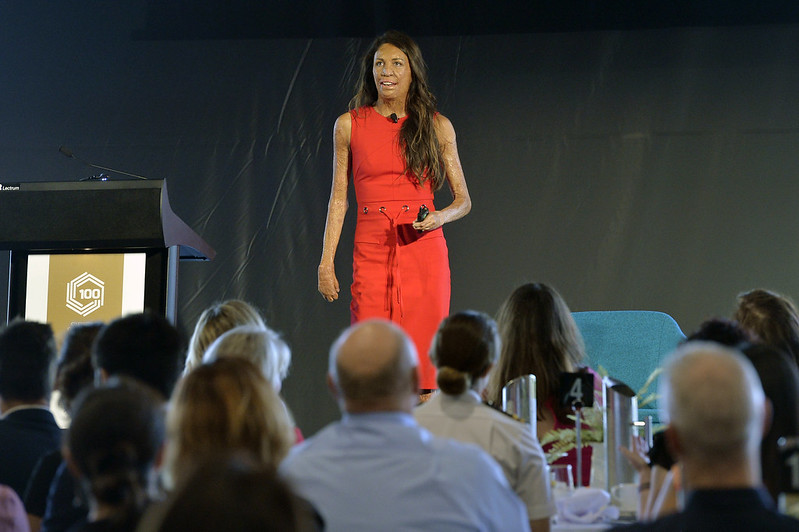 In 2019 our keynote speaker was Turia Pitt, Humanitarian and Athlete. Turia was engaging and well received by our audiences.

One of Australia’s most admired and widely recognised people, Turia has gone on to become a bestselling author, two- time Ironman and humanitarian - raising well over a million dollars for not-for-profit, Interplast. Through her online presence, books and online programs, Turia has inspired millions to live with more confidence, drop their fears and smash epic goals.

In 2018 the International Women’s Day series was held in three states; 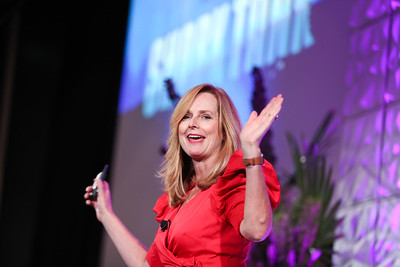 In 2018 our keynote speaker was Naomi Simson, Founder Red Balloon. Naomi was relatable and well received by our audiences.

Naomi is one of Australia’s most prominent entrepreneurs and business leaders. With more than two million LinkedIn followers, Naomi has been Australia’s most followed person on the business networking platform. Naomi is known as the founder of online experience retailer Red Balloon and also as an investor on Network Ten’s popular television series Shark Tank.