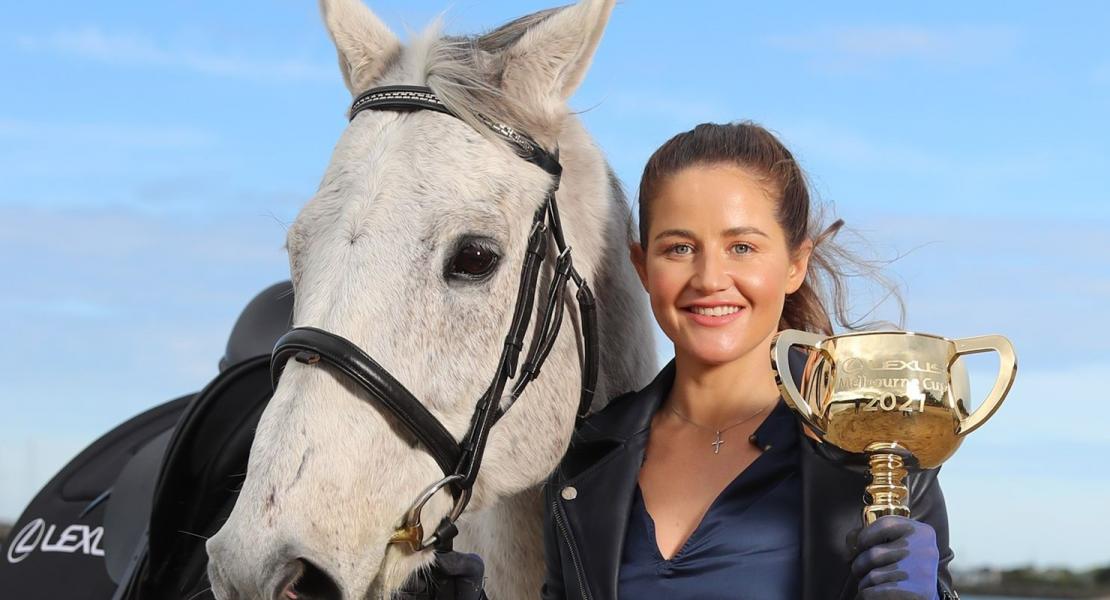 It was 600 m from the finish line when jockey Michelle Payne first thought that she might actually take home the 2015 Melbourne Cup.

“You can work hard and hope and dream that it does happen,” she told create. “But the first time I really thought it was going to happen was about 600 m from home.”

Moments later, she would become the first woman to ride the winning horse in the $6.2 million “race that stops the nation”, the culmination of years of training and commitment — as well as more than a bit of discrimination due to her gender.

“It's such a chauvinistic sport, a lot of the owners wanted to kick me off," Payne told onlookers after her victory.

"I just want to say to everyone else that they can get stuffed if they think that women aren't strong enough, because we just beat the world."

It’s this spirit of determination and inspiration that Payne will bring as keynote speaker to Engineers Australia’s 2022 International Women’s Day events.

“Hopefully people can gain some inspiration from my story and can stick at it when it seems a little bit impossible,” she said.

“I think it's really nice to be able to share my story and to give other people inspiration, and a bit of hope that if you work hard and you believe in yourself, anything is possible.”

The theme for the coming International Women’s Day, which will take place on 8 March 2022, is Beat The Bias — and Payne has experienced more than enough bias throughout her career.

Growing up the youngest of ten in regional Victoria, Payne said as a seven-year-old that she would one day ride a Melbourne Cup winner. Horses are a part of the family heritage, from her father Paddy, a trainer, to the seven siblings who started racing before her.

“There's 10 kids and seven girls in our family, so [I was] brought up in an environment where I saw my older sisters ride and compete against my brothers on level terms,” she recalled.

“My dad used to walk around the house saying the girls are as good as the boys, they just needed the opportunities. And he used to say those words all the time, so I grew up thinking we were equals, and we did deserve to be out there and competing with the boys at the top level.”

She began racing at 15 years of age, but endured a fall in 2004 that almost ended her career, fracturing her skull and causing bruising to her brain.

“There were those times where there was a bit of doubt, but I didn't want to give up on what I love, and what I do,” she said.

“I was so ambitious to win the Melbourne Cup. I think that just kept me going.”

She rode in the Caulfield Cup in 2009 — the third female jockey to do so — and then competed in the Melbourne Cup for the first time that same year.

But it was her Melbourne Cup victory in 2015, riding Prince Of Penzance, that put her into the history books. A lot has changed in her life since, especially after her struggle and triumph became the basis for the 2019 film Ride Like a Girl.

“Being able to share my story now with so many people who are inspired by my win, it's been really special,” she said. “To able to talk to people about what I had to endure through my career with bad injuries and against discrimination.”

She says that, for her, overcoming bias has involved believing in herself and holding her head high.

“There'll be times where men might want to put you down and might feel a bit intimidated by you, but you just have to learn to brush that off and not let it affect you,” she said.

“And make sure you maintain that self-confidence — your self-belief — because I think that's one of the biggest things that I felt and that I saw with the other girls that I rode against growing up.

“You just have to shrug a lot of things off that might not be fair or that are disappointing, but don't let it affect you.”

She also appreciates the backing she’s had from people in the sport who were prepared to recognise her abilities for what they are.

“Along the way, there were obviously some really tough times, but then there were some really good people that supported me, like Bart Cummings,” she said.

The famed trainer chose Payne to ride in the Toorak Handicap at Caulfield Racecourse in 2009 — her first Group 1 winner.

“He gave me my first ride in the Caulfield and Melbourne Cup, and he was just a real supporter of female riders coming through,” she said.

“He gave Clare Lindop two rides in the Melbourne Cup — and for Bart Cummings, who trained 13 Melbourne Cup winners to do that, and show other people that he had faith — that was such a huge step, because there has to be someone who starts and breaks that [ground].”

Payne also mentioned her brother Patrick as another key supporter in her career.

“Those two people in my career, really, they were the ones that I'm most grateful for, because you need those people to back your judgement,” she said.

Today, Payne has begun to shift her attention to training, though she still rides from time to time.

“I still have my jockey licence,” she said. “I don't ride all year round; I just pick and choose my times when I know I can keep myself fit enough for racing, because it takes so much demand on your body.”

While racing remains a very male-dominated industry, Payne believes it is changing.

“I think you can see a really big change in the sport, that female riders riding now are much more accepted,” she said.

“Everybody obviously wants to be able to compete at the top level, but I felt there was that little bit of a barrier for us before, but now it seems to be so much better. And it makes me really happy to see, because it was obviously something that I had hoped for all of my career, and to see that it's changing is really good.”