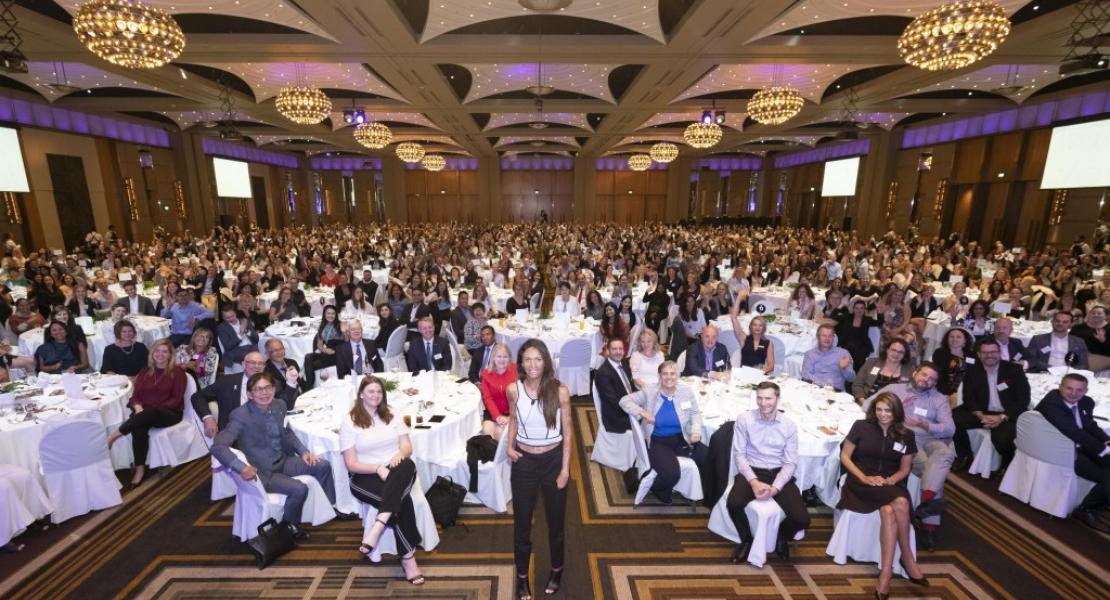 Over the week-long event series, 2300 engineering professionals and leaders gathered across the country to reflect on how far the profession has come and look forward to future progress.

Engineers Australia National President and Chair Trish White, speaking at the Sydney event on International Women’s Day (8 March 2019), commented on how attitudes towards diversity and inclusion have evolved.

When White began her career in the 1980s, she said most programs were focused on “fixing the women” and making them as assertive as their shoulder pads. But as the ’80s bled into the ’90s and 2000s, the focus has shifted from the individual to the organisation.

“It’s now community expectation to have gender balance, so that our profession will more accurately reflect the communities it serves,” White said.

“Gender balance must be the new normal.”

Last year’s International Women’s Day theme is ‘Balance for Better’, and the many interpretations of this phrase were touched on throughout the day.

Keynote speaker Turia Pitt shared with the audience lessons she learned while recovering from burns she sustained when she was trapped by a grass fire during an outback ultramarathon in 2011.

She said the hardest part of her recovery was learning to stand on her own – literally.

“I thought, ‘if I can’t stand by myself, how the hell am I going to walk again, run again, compete again, go back to work, have a family?'", she said.

This struggle – to reconcile where you are and where you want to be – is something many people are familiar with. Although few have faced the same circumstances as Pitt, her story has universal lessons.

“I realised [that first day] if I kept focusing on my future, I would have been demoralised because the gap between where I was and where I wanted to be was massive,” she said.

She took things one step at a time. From there, one step turned into two, and before long she graduated to conquering stairs. But “improvement is not always linear”, she said, and practising everyday did not return immediate results.

“Through everything, through the event and recovery, I’ve learned something really powerful: consistency trumps motivation every time,” she said.

“I was consistent, and I kept showing up.”

That determination is something Pitt has cultivated over the years, including through university study and Ironman competitions. But achieving a career goal or becoming a champion is only part of the story, she said.

“Success always looks amazing; it always looks like this giant, cataclysmic event. But the reality is there’s a lot of hard work and grind that goes on behind the scenes, and you’ve got to be able to own that process,” she said.

Can’t be what you can’t see

In addition to ‘Balance for Better’, Engineers Australia set its own theme for IWD last year: ‘Anything Is Possible’.

Role models like Turia Pitt embody this theme, and hearing her speak openly and honestly about her journey inspired many in the audience to be their own advocates.

But the engineering profession still has a visibility issue to work through.

Michael Blumenstein, Associate Dean (Research Strategy & Management) – Faculty of Engineering & Information Technology at UTS and panelist at the Sydney event, spoke about the effectiveness of including STEM programs in primary school curricula and giving kids early encounters with engineers.

This extends through high school to university. He added that all universities “do something” to help support women engineering students, for example through scholarships or mentoring programs, but there’s always room for improvement.

Help from industry is also a key factor.

Louise Adams, Managing Director ANZ at Aurecon and a Sydney event panellist, said women in engineering and industry have a “responsibility to be role models”, adding that with fewer women in the profession those working as engineers have to “accept we’ll carry a greater load”.

Speaking on the same panel, LTCOL Lauren Wright, Royal Australian Electrical and Mechanical Engineers (RAEME) Corps, agreed with Adams, but said a problem is that historically there have been few women in those leadership positions available to step up.

“The problem is it takes time to bring people up to those leadership positions,” she said.

“When it comes to engineering, we still have a lot of work to bring women into the profession. We need to get people into those roles so others can follow in their footsteps.”

A sense of belonging

But balance for better and gender diversity is only one side of the coin – inclusion is just as important. Pitt spoke about her experience as one of the few women studying mining engineering at her university. One anecdote she shared in response to an audience question about how men can be allies was particularly telling.

Upon arriving for her first day of class, Pitt recalled being asked by her male peers if she was lost and in the wrong classroom.

“You’re continually told – maybe not overtly – that you don’t belong, and because of that you don’t feel entirely comfortable in your role,” she said.

Pitt added that one strategy is for those in leadership roles to actively include women in conversations and decisions – even a gesture as simple as asking for their opinion on a project can help set a positive tone.

“The cyber-physical world we live in needs a human focus and approach, and employers know they need to diversify their workforce to get that creative problem solving their customers want,” she said.

“I’m optimistic about the future of the engineering profession because I see our engineers coming through; I see individuals with purpose and inclusive values who focus on the impact of their decisions and the benefits for the communities they serve.”