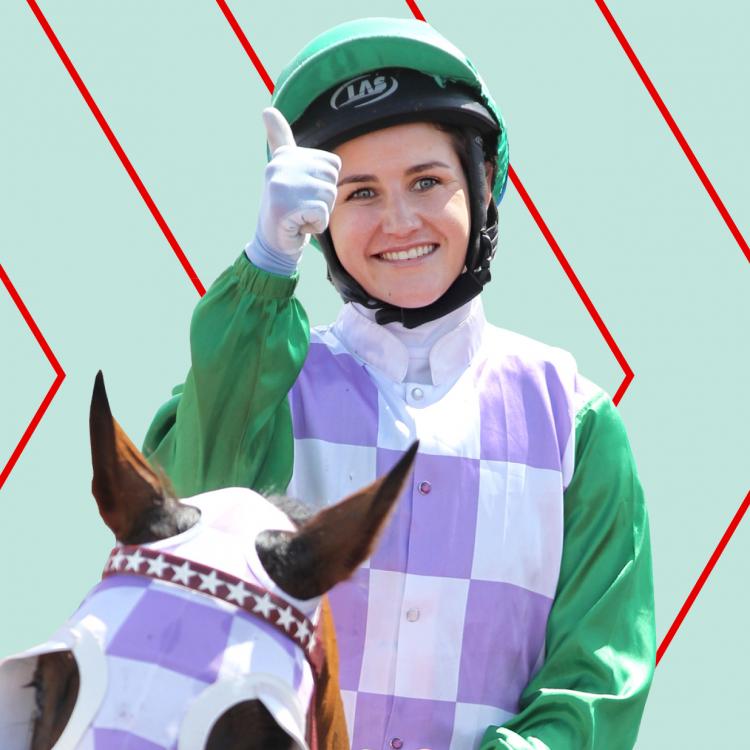 Michelle Payne OAM is a National Icon who's remarkable story has lifted Australia’s spirits.
The first ever female jockey to win the Melbourne Cup, Michelle made ‘the race that stops a nation’ a race that inspired one. Her graciousness in the face of untold triumph and tragedy is now a beacon for many people.
Her story has inspired the motion picture Ride Like a Girl, the film is also Australian actress Rachel Griffiths' directorial debut. The film was released across in Australia in September 2019 and was the highest grossing Australian film of the year.
Michelle will be written into our history books as that rare kind of icon— one who lives with gratitude and humility.

Family: The youngest daughter of the ten children of Paddy and Mary Payne, Michelle grew up on a farm at Miners Rest, a locality near Ballarat in central Victoria. Mary died in a motor vehicle accident when Michelle was only six months old, leaving Paddy to raise the children as a single father.
Racing: Michelle entered racing aged 15, the eighth of the Payne children to do so. She won in her first race at Ballarat, aboard Reigning, a horse trained by her father.

Accident: In March 2004, Michelle fell heavily at a race in Sandown Racecourse in Melbourne, fracturing her skull and bruising her brain. As a result of her prolonged recovery period—including a further fall where she fractured her wrist—Michelle was granted a three month extension to her apprenticeship, to allow her time to ride out her claim.

Wins: Payne won her first Group One race, the Toorak Handicap at Caulfield Racecourse aboard Allez Wonder on 10 October 2009 and trainer Bart Cummings offered her the ride at the Caulfield Cup the following week. Michelle was only the third female jockey to ride in the Caulfield Cup, one of Australia's most prestigious races. This also led her to a ride in the 2009 Melbourne Cup, once again riding Cummings' Allez Wonder. In 2010 Payne rode Yosei to victory in the Thousand Guineas at Caulfield.

On the first Tuesday in November 2015, Michelle Payne rode Prince of Penzance, at odds of 100 to 1, to win the 2015 Melbourne Cup, becoming the first woman jockey to win Australia's most prestigious horse race.

Awards: Michelle won the 'The Don' Award 2016 for Most Inspirational Australian Athlete from the Sport Australia Hall of Fame and in  2017 she received The Longines Ladies Awards, celebrating women who have consistently achieved at the highest level within the equestrian world.

Michelle's historic Melbourne Cup win aboard Prince Of Penzance in 2015 was recognised by the Australian public as one of the greatest sporting moments of all time, capturing the News Corp Magic Moment prize at the 2021 Sport Australia Hall Of Fame Awards.

In 2021 Michelle Payne was awarded a Medal of the Order of Australia (OAM) for her services to Racing.